Get fresh music recommendations delivered to your inbox every Friday.

I Dream About This World: The Wyeth Album 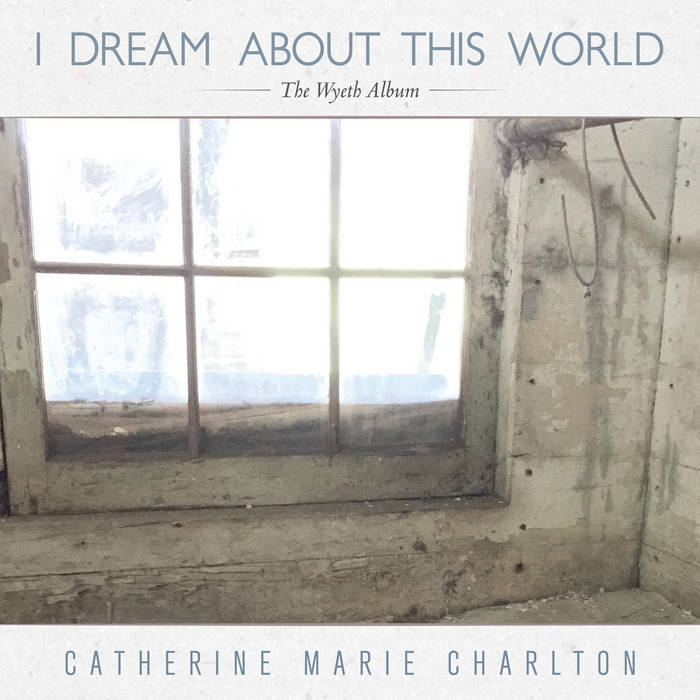 Ian Black Fresh, moving, unique. beautiful compositions and arrangements.
takes me to a different world.
a labour of love and it shows in the quality.
thank you Catherine Marie.
also love maidens voyage. Favorite track: Outside of Time, A Healing.

Catherine Marie Charlton‘s I Dream About This World: The Wyeth Album forms a soundtrack for introspective exploration, painting a musical world where the listener can escape this “busy, bustling life,” as N. C. Wyeth called it 100 years ago.

What started as a fascination and appreciation of the paintings of Andrew Wyeth (1917 – 2009) and the creative legacy of his father, artist and illustrator N. C. Wyeth (1882 – 1945), went on to become an integral part of Catherine Marie Charlton’s daily existence, life, dreams, and role as a mother, as Charlton set off on a three-year immersive journey to learn more about Wyeth’s creative process. Charlton gained insight from Andrew Wyeth’s son, granddaughter, and other family members, and also paid several visits to his childhood home and studio in Chadds Ford, Pennsylvania, as well as the Wyeths’ longtime second home in coastal Maine, immersing herself in the history and art of the Wyeth family. As composer-in-residence in Wyoming she experienced the Western setting where N. C. Wyeth had painted a vanishing landscape of cowboys and Native Americans in the early 1900s. In the end, Catherine Marie Charlton found her “authentic” self within this deeply-felt, lyrical album.

To achieve her expansive vision, the neo-classical pianist teamed with GRAMMY® Award-winning producer and engineer Phil Nicolo after discovering their mutual loves of visual art, the pastoral Brandywine Valley, and their shared passion for music that evokes deep emotional responses despite style or genre. I Dream About This World: The Wyeth Album features collaborations with several New Age GRAMMY® Award-winners — cellist David Darling, English horn player and producer Nancy Rumbel, as well as producer Will Ackerman.

I Dream About This World is comprised of mostly original works showcasing Charlton’s characteristic classical “crossover” pieces, many with Wyeth-like titles such as “Off At Sea,” and “April Rain.” Notable covers include “Die Luft Ist Blau,” a solo piano improvisation on a Schubert melody, and a world premiere of “Helga Suite: Chorale,” by pianist-composer Ann Wyeth McCoy (Wyeth’s sister). Beyond its classical underpinnings, the album’s distinctive sound — it could be described as a meditative, spiritual reverie — derives from nature sounds Charlton recorded on her walks, and instruments such as the Hopi drum, obsidian chimes, and dotar. Several pieces overlay Charlton’s piano and Darling’s cello in multiple overdubs as a metaphor for Wyeth’s exacting brushwork and his softly layered painting style in his preferred medium of the ancient technique of egg tempera.

Andrew Wyeth fans will appreciate the history provided by the album’s extensive liner notes, co-written with former Philadelphia Inquirer art critic Catherine Quillman, who personally interviewed Wyeth several times. In the form of an inspirational 88 page book that accompanies the music CD, the notes also include images of three generations of Wyeth paintings, Charlton’s nature photographs, and quotes from Andrew and N. C. Wyeth on the topic of creativity, hand selected by Charlton.

Produced by Phil Nicolo and Catherine Marie Charlton, with Will Ackerman, Tom Eaton, and Nancy Rumbel

Mixed and Mastered by Phil Nicolo

"rises above labels… to reach into the listener’s soul….” -AXS

Bandcamp Daily  your guide to the world of Bandcamp

Bonobo stops by to talk about his new record Fragments